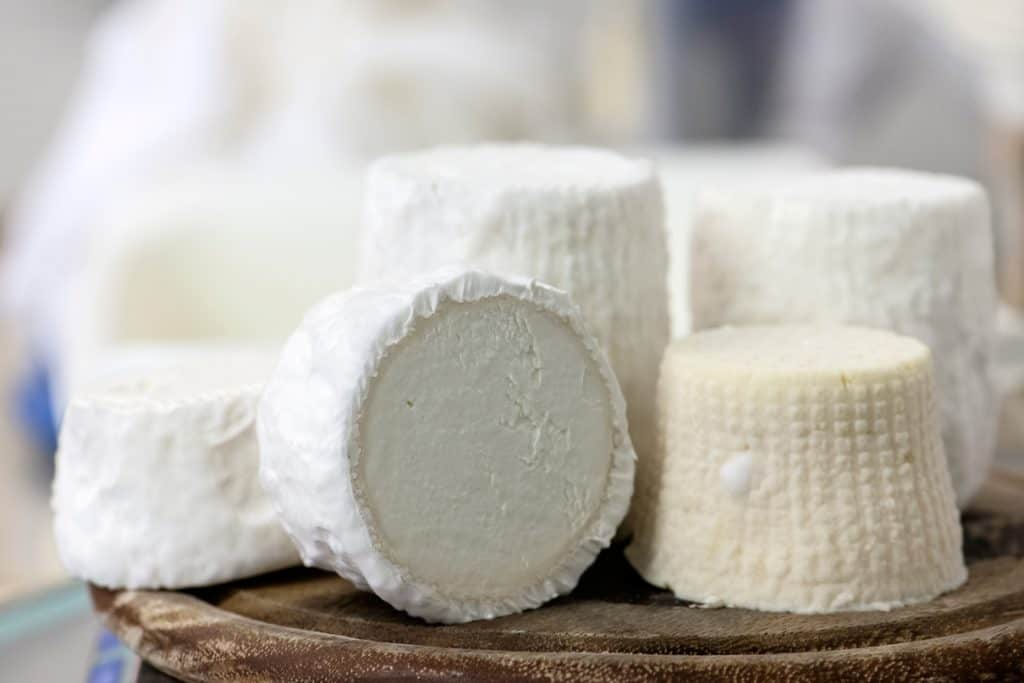 Pule cheese has a very interesting story that most people have never heard of before. Being made of donkey milk makes this the rarest type of cheese in the world. This expensive cheese is usually commercially unavailable, apart from some high-end restaurants. My idea was to share the story about pule cheese with people who are curious about the lesser-known fermented foods, but also with those looking for a unique food experience when they travel to different places. If you every hit destination Balkan, particularly the country of Serbia, consider visiting Zavasica nature reserve and tasting the Balkan donkey cheese, the rarest type of cheese in the world!

What is Pule Cheese?

Pule cheese is made in Serbia and made of the Balkan donkey milk. It is white and has a crumbly texture like feta while being similar to, yet richer than Manchego.

Pule cheese is produced at a donkey farm in Zasavica, called Zasavica donkey reserve, located around 80 kilometers from Belgrade. This cheese is produced by hand-milking a herd of just 100 Balkan donkeys, which are an endangered species today. By selling the donkey cheese at $1700 per kilogram, the Zasavica reserve aims to sponsor the conservation of this species to prevent it from getting extinct. This is just one of the reasons why this Serbian cheese is the most expensive cheese in the world.

Why is Pule Cheese Expensive?

It takes almost 25 liters of donkey milk to produce one kilogram of white and crumbly smoked Pule cheese. Jenny (female donkey) can give only 0.2 liters of milk. Since there are no milking machines that fit donkeys, all the milking (three times a day) has to be done by hand.

Donkeys thanks to which Pule cheese is made live on the farm in Zasavica Special Nature Reserve. The owner of this farm, Slobodan Simić, is the only person in the world producing this type of cheese (or as they say in Serbian: “sir”). The source of the dairy used to make this cheese is extremely rare and donkeys need to be milked three times per day, as they only give 0.2l of milk per milking, while the amount of dairy necessary to prepare a pound of Pule cheese is much bigger. Luckily, there are no other expensive ingredients that go into making Pule cheese.

We all know that dairy offers the best sources of several essential vitamins and minerals including vitamin A, vitamin B, vitamin E, healthy fats, proteins, and calcium. That is why milk is considered wholesome food. Naturally, the cheese made from milk also contains higher levels of nutrients. Healthy fats and proteins in cheese are known to support health and enhance the healing and repair functions of the body.

If we had to pick one among all the cheeses for maximizing these benefits, it would definitely be the Pule cheese. Donkey’s milk is nearly 60% more nutritious than cow or goat milk and it offers a variety of vitamins that can support body-healing both in cases of acute or chronic disorders.

Donkey’s milk is known for its low-fat levels, thus being effective at controlling cholesterol and triglycerides levels. It has been found to have a lower percentage of unhealthy saturated fats while offering a higher percentage of healthy fats such as polyunsaturated and monounsaturated fatty acids.

The polyunsaturated fatty acids come in the forms of α-linolenic acid and linoleic acid. Both these forms of fatty acids possess medicinal properties that can help to reduce cholesterol levels and prevent plaque formation in the blood vessels.

Donkey’s milk contains anti-allergens, which can protect you against the recurring attacks of allergic diseases like asthma, dermatitis, and bronchitis. Consumption of the world’s most expensive cheese or milk alone might improve the body’s immune response to allergens and thus, help people avoid breathlessness, cough, skin rashes, nose block, and other symptoms caused due to allergies.

Our body is exposed to various toxins at every step. These toxins are present in the air we breathe in the form of pollutants, and the food we eat in the form of additives and preservatives. Donkey milk possesses a higher amount of vitamin C that acts as an antioxidant and might prevent damage to body organs and tissues. This effect of vitamin C could be beneficial for reducing the risk of autoimmune diseases like SLE.

I hope that the efforts of increasing the number of Balkan donkeys in Serbia work. Pule cheese is an interesting and healthy product that has a lot of benefits. I’ve never tried it, but if it catches on in the future and becomes more widely available, it’s definitely something that I would like to do.

How to Make Cheese

How to Make Cream Cheese