If you are planning to buy a French oven, it is likely that you must have come across the two most prominent brands – Staub and Le Creuset. Both are well-known in America and have a worldwide presence, thanks to their superior quality and innovative product designs. But when it comes to choosing the best of the best, which brand should you go for? Let’s find out.

What is a French oven?

A French oven is almost the same as a Dutch oven, i.e. it is a heavy pot made out of cast iron provided with a tightening lid at the top. The difference between the two ovens is that the French oven is a modern/updated version of the Dutch oven and is always enameled.

French ovens are also known as colorfully-enameled cast-iron ovens and are marketed as Le Creuset. In fact, the latter is actually a company, but it has gone synonymous with French Oven. In France, these are known as Casseroles. Other names which you might come across are sauce pans and cocottes.

The French oven is a big kettle-like utensil where food is cooked. A lid, also made of cast iron, covers the top and forms a closed system. So structurally, you can call them a carbon copy of Dutch oven. But it’s just that the French ones are entirely coated or enamelled.

As it is enamelled cast-iron, a French oven offers the following benefits:

If you want to understand the subtle difference between Dutch ovens and French ovens, you need to look back into history.

The modern Dutch ovens are inspired by the Dutch. During the 17th Century, Dutch used to employ sand moulds instead of traditional clay during the casting process. This resulted in a finer finish.

Later, an Englishman, Abraham Darby, took the concept and applied it to cast iron. This brought down the cost considerably and he received a patent for it. That’s the most convincing theory of how Dutch oven was born.

When you buy a Dutch oven, you need to season it and prepare a layer so that food doesn’t stick to the base while cooking on high flames. However, there are versions where the oven come pre-seasoned. These are called enameled Dutch ovens.

French ovens are the exact same thing. Except they are always made from enameled cast iron. And when you buy them, they come with the seasoned layer which you otherwise may have to create in case of a Dutch oven. So technically, that’s the only difference. French oven manufacturers label them as such to distinguish them from Dutch ovens.

If you’ve conducted some research online for purchasing French ovens, then chances are that you’re aware of both Staub and Le Creuset. These are two of the most well-known and reputed Dutch and French oven cookware brands in the marketplace. But which one fares better in comparison to the other? Let’s review both of them.

First, let’s take the case of Staub. It is a cookware company based out of France. The interior of most of its products is entirely black. This is ideal for heat retention, prevent sticking and stains.

One of the benefits of choosing a Staub French oven is its lid. The lid is designed to have a self-basting system which prevents the food from drying out completely. Other minor features which give Staub an edge are the high-temperature threshold, elegant colours and superior quality.

Le Creuset, on the other hand, is also a French brand. Pronounced as leh CREW-zay, the company was founded in 1925. Here, cast iron is coated with porcelain enamel to form coated cast iron. This process has become a legacy for the company. Le Creuset is the one which glorified the term French Ovens so as to separate its enamelled cast iron line of products from the non-enamelled ones. Therefore, many consumers may refer to Le Creuset for a French oven.

Le Creuset French ovens too have most of the same features as Staub’s. But besides that, these ovens are known for their ease of handling. They make the stove-to-oven-to-table process easier. The handles present on both sides of the oven are 45% bigger which makes it easy for gripping and transferring. The lid seems to fit more tightly. The interior of most models is sand-coloured which, the company claims, is more resistant to wear. 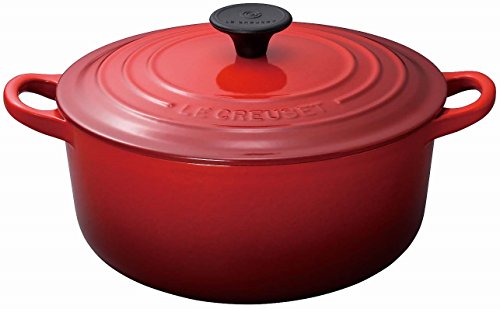 This French oven from Le Creuset is by far one of its best offerings all-round. With a size of 3.5 quarts, it is ideal for a family of 3-4 members. The handles are cast-iron looped which makes it oven safe for up to 350 degrees F. It can also be used on stovetop and induction cookers. The steady grip handles also make the handling process easier. The oven measures 7.5 pounds only with a dimension of 9X9.5 inches. The height is four inches. So, it is compact enough to be used for camping purposes.

The lid is innovated and comes with a phenolic knob which keeps the heat, moisture and flavor locked inside. The product is dishwasher-safe, but Le Creuset recommends sticking to hand-washing as much as possible. 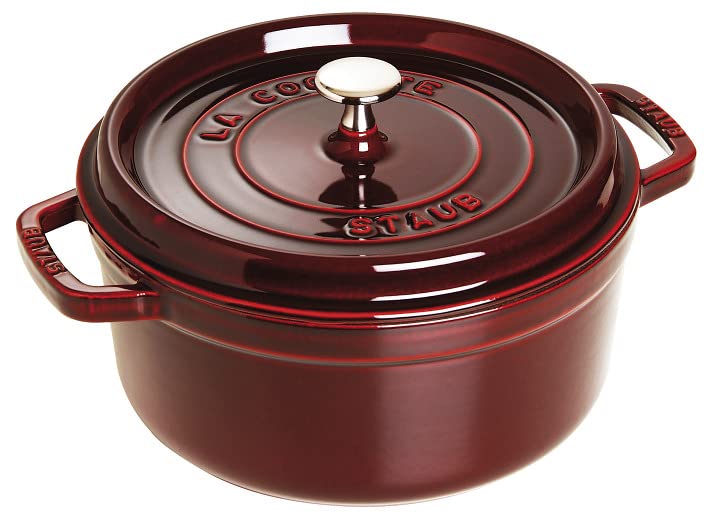 This French oven is handcrafted in France and thus, it is coated individually. The lid provided on the top is heavy enough to retain moisture spikes. Even the bottom of the oven is smoothly enamelled to compatible with all stovetops including halogen. Available in six vibrant colours, this French oven will adorn your kitchen unlike anything else.

Undoubtedly, the French ovens are costly. This is because is they’re prepared in France. And for the most part, they’re handcrafted. But the convenience and durability they offer is unmatched. As these are enameled inside out, you can use them to prepare so many different dishes and they last a very long time.

So, which brand would you like to go for? Let me know in the comments below.

The Best Dutch Oven Every Cook Should Have in Their Kitchen